Skip to content
December 11, 2015
The French gastronomical guide Le Fooding has just published its annual list of best restaurants 2015. Amongst them you will find “Trois fois plus de Piment” ( Three times more chili ), a noodle joint where you can chose how hot you want your dish to be on a scale of 1 to 5 or HERO that boast one of the best fried chicken and Kimchi in Paris.
The guide was founded in 2000, the name “Fooding” comes from the contraction of the words Food and Feeling. According to Adam Gopnik of the New Yorker, the Fooding is to cuisine what the French New Wave was to French Cinema. The hidden goal was to Americanize French food without becoming American, just as the New Wave, back in the fifties and sixties, was about taking in Hollywood virtues without being Hollywoodized—taking in some of the energy and optimism and informality that the French still associate with American movies while re-imagining them as something distinctly French.
Here are six places to be discovered with an eager appetite!
HERO  >>> http://goo.gl/r0f5I6
Trois fois plus de piment  >>> http://goo.gl/E15vWm
Le Clarence >>> http://goo.gl/yqA5RO
Le bon Saint Pourcain >>>http://goo.gl/5bqgca
Le Dersou >>>http://goo.gl/evf3Ls
SAAM >>> http://goo.gl/XWSwb2 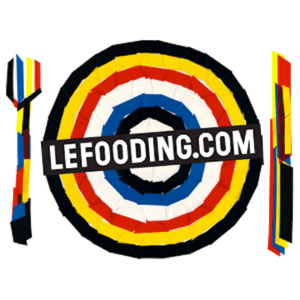 Take Me To Paris Apartments